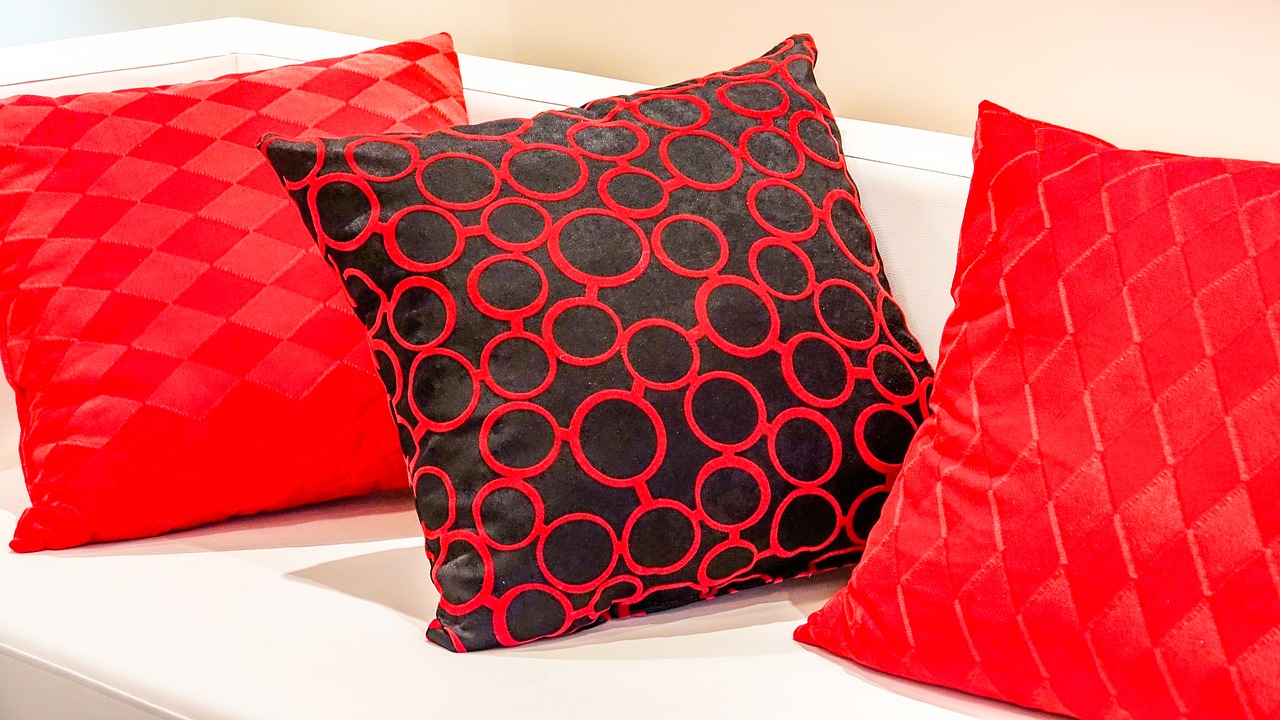 Many people buy red furniture pieces to add a pop of color to their neutral or black-and-white design. But before the popularity of red upholstery fabric, the color had a distinct history.

Did you know that the red textile symbolized wealth and power? Find out what made red so unique and full of shades in the past!

Red was a rare color that symbolized wealth and power during the medieval ages. Yet so many years before that, it was a prevalent color. In fact, it was one of the first painting colors in the Paleolithic era. People used it to draw on cave walls, along with black and white.

Asian, African, and European caves all had animal and vessel drawings in red. They used red ochre for their naturalist artworks.

There is also evidence that stone-age hunters and gatherers used red clay to paint their bodies. Anthropologists believed that people buried their dead using red powder to protect them from evil spirits.

Red in the Ancient Times

Every ancient person used red all over the world. Phoenicians, Egyptians, and Ancient Romans enjoyed it the most. In Ancient Rome, red in weddings represented love and fidelity. Brides wore them as shawls in a vibrant shade of vermilion.

The creation of vermilion required cinnabar. It’s a highly toxic mineral that has mercury. So, miners put their lives at risk just to extract cinnabar for the privileged people.

New trade routes to the Middle East and Asia caused the rise of red pigments in Europe during the 15th century. Merchants’ and artisans’ clothes were made of common madder or Rubia tinctorum. It’s a plant that offers a brick red shade.

Another source of red was kermes. It’s made of dried bodies of female cochineals or insects that live on plants. Only the wealthy people could afford kermes because several cochineals are needed to produce them. The pigments reached Seville, Marseille, Genoa, and Venice.

In the 16th century, the Spaniards discovered that Mexican cochineal had a higher percentage of carminic acid. That is why their red fabrics were more vibrant and intense.

European importers had no idea if the tiny pellets were bugs, berries, or minerals. Keeping the pigment a secret was challenging because they wanted to monopolize it.

Venetians banned the cochineal pigment. So the Spaniards had no choice but to use Venice as the primary red dye exporter in the continent.

The Rise of Christianity and Red Upholstery Fabric

Red also symbolized the sacred blood of Christ in Christianity. Red upholstery fabrics were all over worship places. Even cardinals wore them to imply that they were willing to sacrifice their lives for God.

Medieval royals, who were also religious, used red in their throne rooms. The chairs, walls, and staircases were all covered in red. In this age, red became a symbol of power and wealth, almost as if it was gold.

During the 17th century in France, red was also the color of wealth. People associated it with Versailles and other palaces. Charlemagne used red shoes to assert his authority over the public during his coronation.

Historian Joan DeJean even said Louis XIV left red in every step he took. The king enjoyed wearing silk stockings and tight knee-length pants because of his beautiful legs.

He even wore scarlet heels to show them off. With his power, nobles in Europe were influenced to wear red heels.

The 17th century was also the time for sumptuous bedding fabrics, ornate trimmings, and elaborately upholstered sofas. And what other color would make furniture look better than red upholstery fabric?

Red or fire is associated with leadership, ferocity, hypersensitivity, and dynamism. Fortune tellers of the Chinese emperors believed they should use red for prosperity. And the Zhou, Han, Jin, Sung, and Ming Dynasties adhered wholeheartedly.

One painting from the Tang era proved this. It showed eleven of thirteen Chinese Emperors from the Han to Sui dynasty wearing red.

The natural red pigment declined in the 1800s when people invented synthetic dyes. The first one was called alizarin. But there were better dyes that came into the textile industry shortly after.

The mass production of red dye made it more readily available to the masses. Now, everyone could afford them.

Some cultures where red upholstery fabric was exclusively for the powerful died down. They became more lenient with ordinary citizens wearing it. But that didn’t stop royalties from using and wearing them. Just because red became more accessible doesn’t make it less appealing.

The Arts and Crafts Movement at the end of the 1800s rejected synthetic dyes and industrialization in general. They tried bringing back natural dyes, but it didn’t become successful.

Red upholstery fabric has come a long way from being a symbol of wealth to a widely available color. Many people, including royalties, continued using it for upholstery and drapes because of their many other symbolisms.

Red is everything. It’s the blood of Christ and the color of Satan. It was accessible and expensive at the same time. It was the color of Europe and Asia.

It also means love, fortune, and happiness. Indian brides get married in their red saris. The color has always been intentional because it’s impossible to dye a textile red accidentally.

Modern upholstery fabrics do not use natural pigments anymore. Synthetic dyes have replaced cochineals, providing a wider array of shades.

Most fabric manufacturers consider plain red as a light yet warm tone. A close alternative to the classical shade is ibisco, which is more intense and iridescent. There’s also antique red, Corallo, and pomegranate.

Red is not as suggestive as it was in the past. Humans have developed democratic ideals and started refusing the idea of colors as social status symbols.

But the beauty of red remains. That is why there’s a wide selection of red fabrics on the market. Many modern households use the color for their seating, bedding, and covering. Would you use red upholstery fabric for your furniture?

1 thought on “The History of Red Upholstery Fabric”

At KOVI Fabrics is the premier destination for designer grade upholstery fabrics. Our selection features over 25,000 fabric choices and hundreds of genuine leather options always offered at designer direct pricing.